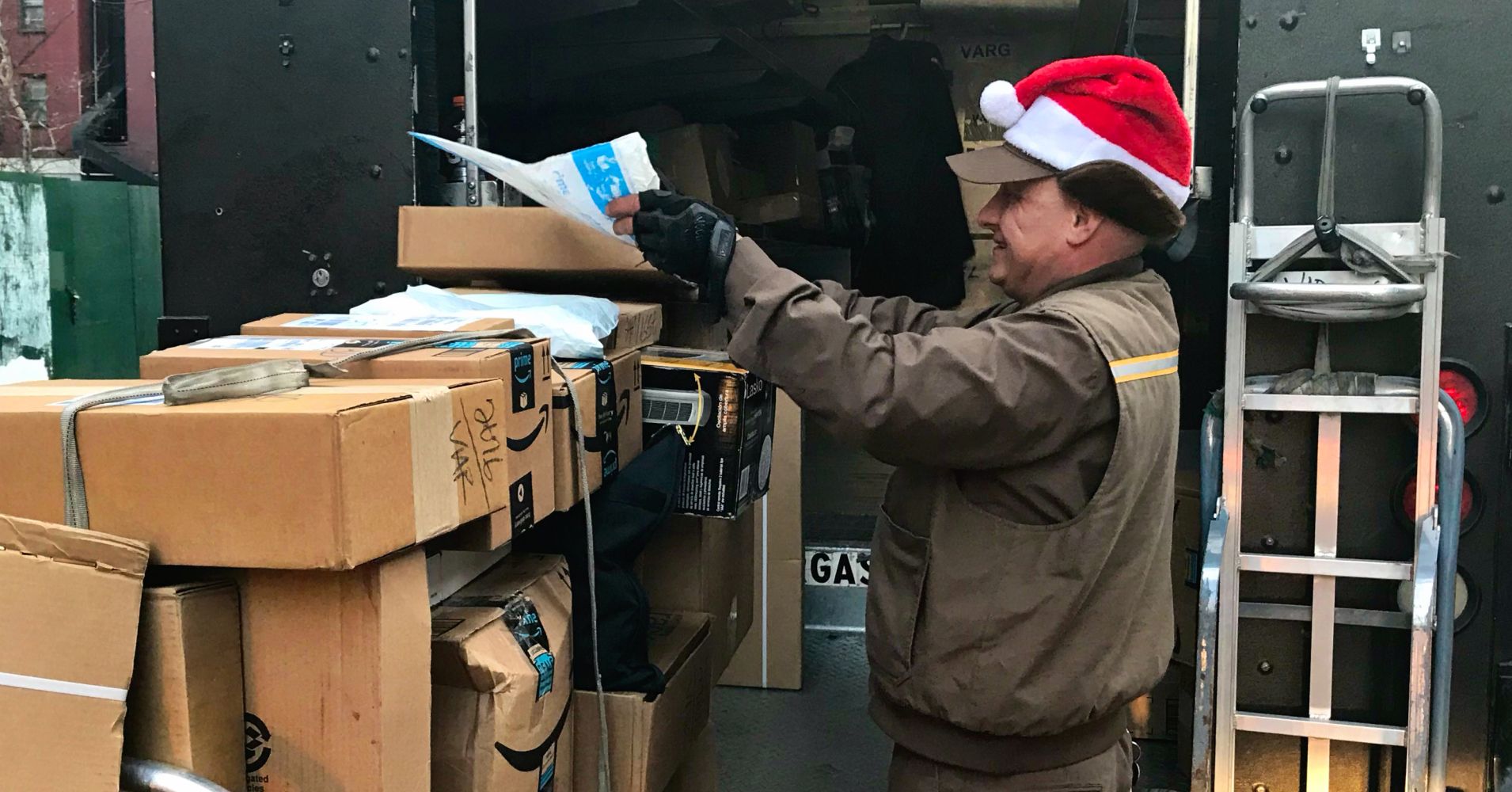 Cyber Monday sales this year surged to new highs, with a record $7.9 billion spent online that day, an increase of 19.3 percent from a year ago, according to data from Adobe Analytics.

Though foot traffic at some malls and stores was down over the holiday weekend, more and more shoppers have been turning to the internet to hunt for deals, and overall holiday sales are still expected to be up in 2018. Consumer confidence remains high, while unemployment is low in the U.S., giving many people the ability to spend more this year than last.

Spending on smartphones, meanwhile, continues to climb at a rapid clip, as companies like Macy's and Target have poured money into improving their mobile apps. And as bricks-and-mortar retail traffic continues to fall, some retailers are now trying to find ways to use their apps to lure shoppers back to stores, where sales are typically more profitable. Walmart, as one example, has added store maps to its app ahead of the holidays, letting customers pinpoint exactly where an item is and plot out their trips before they arrive.

Transactions on mobile devices were up 55.6 percent Cyber Monday from last year to reach $2.2 billion in sales, said Adobe, which tracks sales data from 80 of the top 100 internet retailers in the U.S., including Amazon and Walmart. More than half of shoppers' visits to retailers' websites Cyber Monday came from smartphones, with people making greater use of shipping options like buy online, pick up in store. So-called click-and-collect orders were up 65 percent this Cyber Monday from last year, Adobe said.

Amazon, which is expected to capture nearly half of the U.S. e-commerce market by year's end, said it had a "record-breaking" holiday weekend for sales. It said Cyber Monday marked the biggest shopping day in its history, based on the number of items sold, though it didn't provide specific sales numbers beyond that. The company said shoppers bought more than 18 million toys and more than 13 million fashion items from Amazon Black Friday and Cyber Monday combined.

Kohl's, which has partnered with Amazon to accept Amazon returns in some of its stores, said last week it had a record day for sales online Thanksgiving Day. The retailer kicked off some deals online ahead of the weekend, and it wasn't the only one to do this, either. Many companies were seen pushing promotions earlier this year, turning Black Friday as a single day into more of a weeks-long shopping extravaganza.

"With holiday offerings and promotions starting just after Halloween, Black Friday didn't have the same sense of urgency as in the past," Telsey Advisory Group analyst Dana Telsey said.

Kohl's didn't immediately return calls seeking comment on how the rest of its holiday shopping weekend shaped up.

Now, with a little more than a month to go before the end of 2018, retailers will try to keep the momentum going, both online and in stores. Though many companies are expecting strong fourth quarters, there's some concern the sales growth won't be sustainable into 2019, especially if the U.S. economy's strength starts to fade or consumers lose confidence.

"The key takeaway is that shoppers and stores alike will have a happy holiday this year — assuming retailers can maintain their margin discipline," said Craig Johnson, head of consulting group Customer Growth Partners. "Looking forward, the key issue is whether this pace can be sustained into the new year and beyond."

Analysts are watching to see that retailers don't discount excess inventory too steeply in the coming weeks, which can weigh on profits. Though the tactic helps get merchandise out the door, it can come back to haunt a company at the start of a new year.

"We are what we repeatedly do. Excellence then, is not an act, but a habit." Aristotle